May 18, 2015
Has this ever happened to you? You have great yarn and you're looking for the perfect pattern. You finally find it, start crocheting your little heart out and it looks nothing like the photo. You rip it out, start over and still, it's not even close! You start to think that maybe there's a typo but the whole pattern? It may be a matter of the crochet terms that you're used to - they aren't universal.

In most patterns, there is usually a section that gives a definition of the terminology used in the publication. But what about those antique pattern books? Some pattern books published in the late 1800's and early 1900's in the United States also used British English crochet terms. And with all those lucky pattern finds on the internet, chances are you'll come across some stitch terminology that you're unfamiliar with.

Use the following table to translate between US and British English crochet terms. 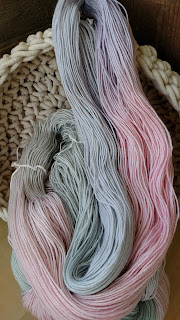 I just want to spend my day making stuff! I love creating! New yarns, new fabrics, new designs - if it's makeable without requiring a whole manufacturing plant on stand-by then I probably want to try it; at least once. I've been enjoying new color dyes and new (to me) methods of hand painting. Twisting, turning, and coiling the fiber prior to dyeing is way more fun than I thought it would be. Initially, I wanted to experiment with more organic and less structured but I'm finding that waiting for the 'big reveal' is as much fun as waiting for Christmas morning present exchange. (I'm just a big kid when it comes to anticipation participation) New items in the store!   I've begun adding new items to the store in addition to new yarn colorways and handspuns .  Occasionally I take a quick break from yarn making and look for other creative projects.  My latest extracurricular project is designing fabric and sewing up yarn totes . I'm absolute 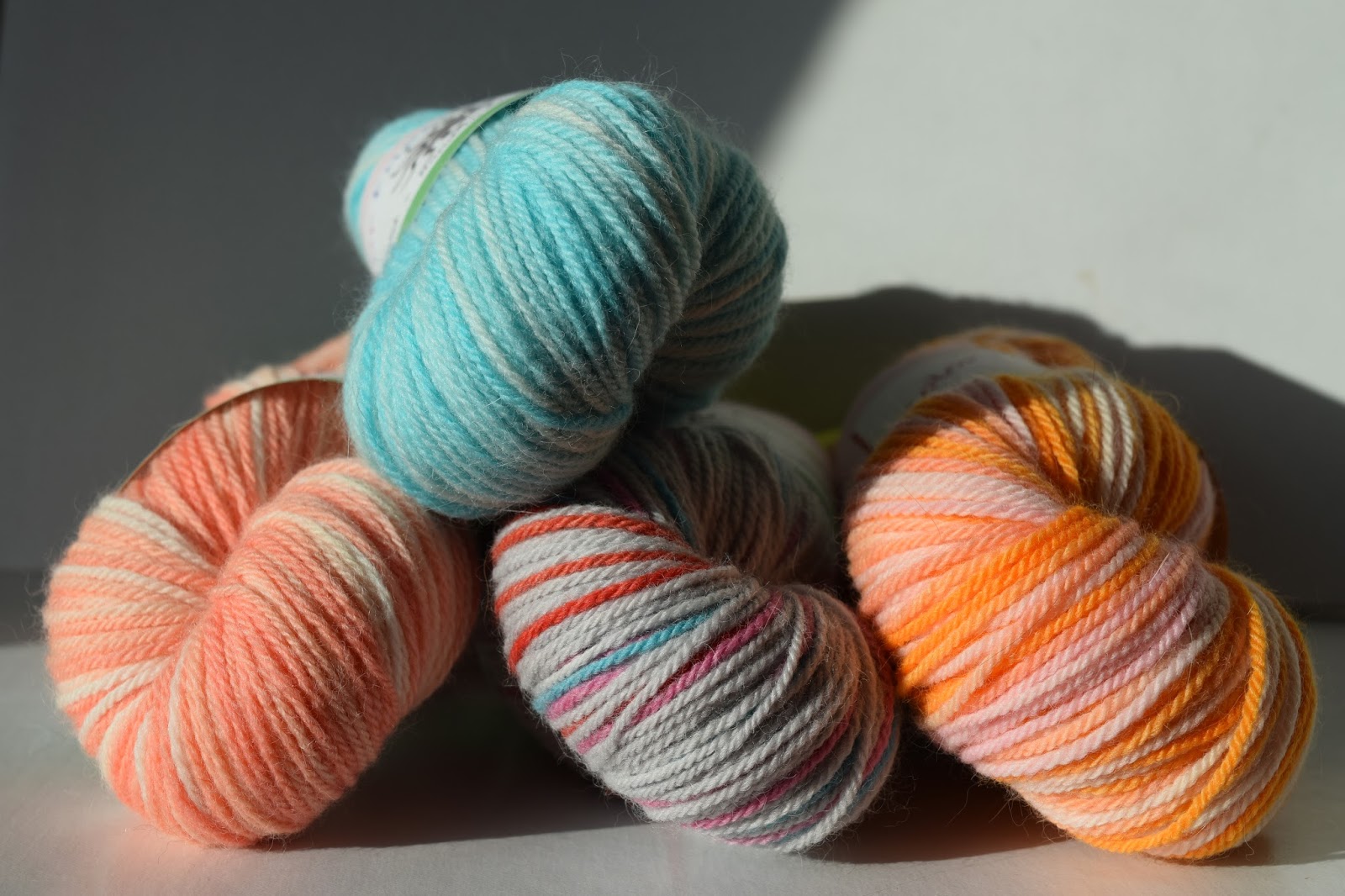 Fingering weight, hand dyed yarn from Color Energy Designs Finding the right yarn for your next project can be tricky; especially if you've decided that you want to use a yarn that's different from the one listed in your chosen project. Much of the yarn industry is standardized in terms of labelling but every once in a while you come across an absolutely stunning yarn without all the easy markings. In that case, you can use the wraps per inch (WPI) method to determine the yarn weight. To get the yarn WPI, wrap the yarn around a pencil and count the amount of times you can wrap the yarn in an inch. Take care not to wrap tightly or stretch the yarn while wrapping. In a yarn store without a measuring tape? No worries. The distance between the end of your thumb and the knuckle is approximately an inch. Once you've determined your WPI, use the chart below to view your yarn weight and type. Then let the crafting begin! Yarn Type Weight Ply